Stan Sharp has thirty years experience in leasing medical and general office space. At HealthOne Mr. Sharp is active in medical leasing, the sale/purchase of medical buildings and consulting within the medical community.

Prior to forming HealthOne Mr. Sharp was a Senior Vice President/Senior Managing Director of HealthAmerica Realty Group where he oversaw the company’s leasing activities. Among his accomplishments while at HealthAmerica, Mr. Sharp was responsible for a full floor sublease at the Sheffield Medical Building between The Emory Clinic and Piedmont Hospital, he was involved in a master lease of a building to Southern Regional Hospital and he procured the leasing and management of Piedmont Hospital’s owned off-campus clinic buildings.

Mr. Sharp has been involved as principal in a number of real estate companies where he was involved in leasing and investment sales. Between 1979 and 1985 he worked with Cushman & Wakefield of Georgia as a leasing agent. At C&W Mr. Sharp worked on such diverse projects as the regional headquarters of a transportation company to work on a museum for The Coca Cola Company which became the Wonderful World Of Coca Cola. During his career he has represented the leasing, sales and consulting needs of countless tenants whose ranks include PruCare, ABC Home Health, Georgia Urology, Atlanta Cancer Care, Cardiovascular Group, Piedmont Hospital and The Shepherd Center. 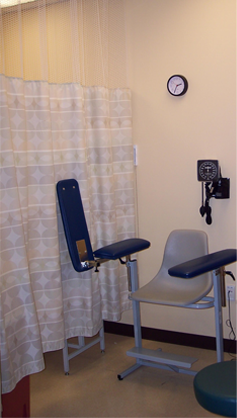